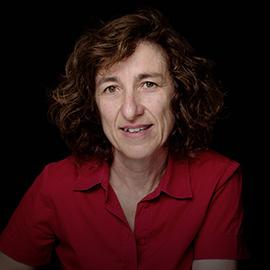 Fotini Venetsanou is an Assistant Professor at the School of Physical Education and Sports Science, in National and Kapodistrian University of Athens. She was born and raised in Nafplio.

She has a bachelor's degree, a master's degree and a PhD from School of Physical Education and Sport Science. She was awarded an excellence award for her academic performance.

For more than 25 years, she cooperated with various cultural and sporting entities. From 1998 to 2013 she worked as a teacher of Physical Education in Primary schools. She later became a deputy director and then director. The Ministry of Education honoured her with the award of “Excellence and innovation in Education”.

Fotini has been a speaker in more than 100 national and international scientific conferences, while she has educated dozens of teachers in the designing and the implementation of motor development programs, aiming to improve the quality of life in childhood. She has written and published more than 70 scientific articles and two books, while she has contributed in many collective volumes regarding Physical Education. She is a judge in more than 40 scientific journals and member of the counseling committee of the Motor Development Research Consortium.